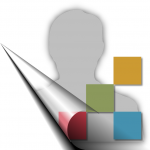 AUTHOR OF THE FOLLOWING

PDFlib releases PDFlib/PDFlib+PDI/PPS 9.1 with new features for color handling as well as an update of the free PDFlib Block Plugin with improved support for using Retina displays with Acrobat XI.

Details on the upcoming PDF 2.0 Standard

A detailed article by PDFlib GmbH on new features and changes as well as deprecated features in the upcoming standard PDF 2.0 (ISO 32000-2).

Metadata has been described as the business card of a particular digital document. Metadata often comprises a set of properties, where each property has specific meaning in the context of the document, such as the …

PDFlib PLOP and PLOP DS 5.1 – Digital Signatures in PDF – is now released. Customers can download a free trial at http://www.pdflib.com/download/plop-and-plop-ds/.

CONTRIBUTOR OF THE FOLLOWING

September 14, 2006 (Berlin) – PDF/A, the new ISO standard for long-term archiving, is generating a great deal of interest on the market. To handle the high demand for information and exchange experience on all …